Voted the #1 City in the World by Travel & Leisure ~ Charleston, South Carolina a port city founded in 1670, is known for its cobblestone streets, horse-drawn carriages and pastel antebellum houses. The Battery promenade and Waterfront Park both overlook Charleston Harbor, while Fort Sumter, a federal stronghold where the first shots of the Civil War rang out, lies across the water.

Not only is Charleston one of the country's most beloved cities, it's also home to five beautifully distinct beach towns, each with its own distinctive character, flavor, and magic. Sullivan's Island is the only island in the world that's been the setting for both an Edgar Allan Poe novel and a Revolutionary War battle. Isle of Palms is very family oriented and a nice blend of full time residents and vacationers. Known as "the Edge of America," Folly Beach is an eclectic, laid back beach community where surfers, locals, and vacationers can revel and relax in the natural beauty and casual vibe that's distinctly - and only - Folly. Seabrook Island is a tranquil, private residential island community with championship golf, a deep-water marina, horseback riding, natural beauty and habitat and wide, quiet beaches. Last but not least, Kiawah Island. A 10,000-acre barrier island with 10 miles of uninterrupted beaches, 30 miles of marsh and riverhead, home to world-class PGA golf, an acclaimed resort and some 4,100 residential properties where preservation and natural beauty are a way of life. Every Charleston beach is an open invitation to slow down, sit back, and savor the salt life that's just a little bit sweeter.

Charleston attracts many folks to the region with a tremendously strong economy. Not only does Charleston have one of the healthiest tourist trade, it houses many Fortune 500 companies.

The top 5 industries for the area:

1. Aerospace and Aviation: The Charleston area is home to more than 100 aerospace-related companies employing more than 16,000 people. That is part of the reason Boeing expanded its operations here in establishing a second final assembly line for its 787 Dreamliner as orders for the plane increased.

2. Automotive Manufacturing: Ranked third in the nation in Business Facilities 2012 automotive manufacturing strength report, the Charleston area is home to more than 250 automotive and automotive-related companies.

3. Biotechnology and Life Science: Charleston has over 35 medical device and pharmaceutical manufacturers and 50 research laboratories and development companies.

4. Transportation: The Port of Charleston is the seventh largest container port in the United States.

5. Recycling: Charleston also has a growing recycling market, with more than 500 companies in the area that broker, collect and transform recovered materials into new products.

Our universities are ranked some of the best in the country and home to The Citadel, Medical University of South Carolina and College of Charleston.

Thinking About Relocating to Charleston? 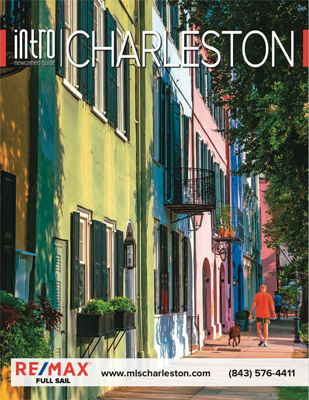 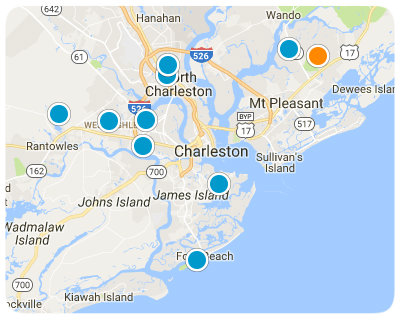